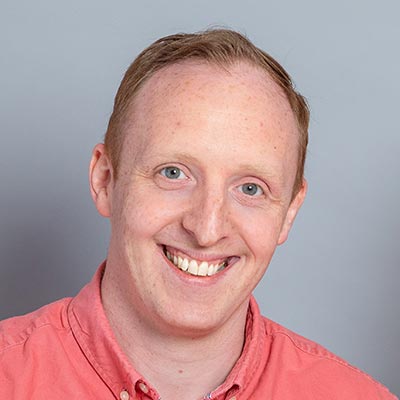 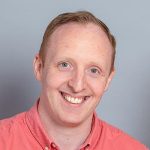 “It’s funny, I’ve never remembered meeting someone for the first time in such vivid detail. I can visualise it now, walking into the room to introduce myself on her first day. Noticing her warm, welcoming and genuine smile. I didn’t fully comprehend at the time that this was probably the most pivotal moment in my life. A catalyst if you like, for the tremendously rewarding journey we were about to embark upon together.”

12 years, 2 children and 1000+ hours of face to face sessions, Brian and Sian can be found running their Hypnotherapy practices in the heart of the beautiful South Downs, East Sussex.

Considering their values and beliefs around contribution and helping others are so well aligned, their earlier experiences were very different.

“My Mum, who was raised on one of the poorest council estates in Europe, worked diligently at school to achieve academic success and subsequently had even higher expectations for me. As I reached my late teens I felt under significant pressure to maintain a perfect persona. I wasn’t convinced I even wanted to go to University and remember feeling extremely demotivated around that time. Understanding mental health in the way I do now, I can recognise that despite appearing outwardly confident and in-control, I was experiencing quite severe anxiety. Not wanting to let anyone down, and believing I didn’t really have a choice, I enrolled and graduated in 2001.”

As Brian remembers his earlier years he jokes;

“Maybe Sian and I should have been swapped at birth. I desperately wanted to be a vet, but my Mum talked me out of it. I wasn’t the most naturally gifted when it came to academia and I had to graft really hard to achieve good results. She thought my hard work ethic should be channelled into my creative, entrepreneurial side, to make money, rather than, in her opinion, waste it on University.”

Brian’s other passion was radio, and at age 13, he gave a metaphorical victory sign to the doubting school careers advisor, by securing work experience at one of the biggest commercial radio stations in the Midlands. This was the stepping stone to a more permanent role before being promoted to the central hub in Bristol, producing output for millions of listeners across the UK.

Fast forward to 2006 and Sian, working for the same company, had been headhunted and moved to Bristol. Although this was viewed by many as a great achievement, a place where all the movers and shakers in the industry were based, Sian continued to feel unfulfilled.

“I took the job to please those who were asking, driven by a need to continue conveying this persona of success. Once the initial buzz from the pats on the back and congratulations had worn off, I felt so lost and unhappy when the reality of the job hit home. I found myself working long, stressful hours and socialising far too much in a subconscious attempt to hide how miserable I was feeling.”

One evening, in the pub after work, Brian, who I can only describe as the epitome of positivity, turned to me and said, quite firmly, ‘If you’re not happy, do something about it. What needs to change? Figure out how to make it happen but stop complaining. Do something!”

And so Sian did! After making some serious life adjustments, which included tying the knot with Brian and moving to East Sussex, she re-trained as a secondary school Drama and English teacher.

“I absolutely loved it. I faced some minor challenges, being that little bit older and having to step out of my comfort zone to re-train, but it was MY decision. There was something very powerful in that knowledge. I was now in the driving seat of my life. And having Brian to champion me along the way was the icing on the cake. He has such a strong belief in the abilities of others to achieve their goals, even when they struggle to see it themselves.”

In 2009, Brian was on the path to management, starting a new role as Breakfast Show Producer for Heart FM in Portslade. Wanting to develop his leadership skills, he, alongside Sian, trained as a Coach and NLP Master Practitioner.

“I became very curious about human values, beliefs and what it is that causes us to behave in the ways that we do. I began to notice, that the incredibly rewarding feeling I got from helping others, far outweighed any ambition I had to secure a managerial role. I continued to work at Heart as I did really enjoy my job and began to work with clients around this on a part time basis.”

In 2012 Sian was promoted to Head of Year, responsible for the emotional wellbeing of students in her care and was impressed with the positive results she was seeing by mentoring less and adopting a more outcome focused approach with students.

“Students were much more motivated and responsive to change when I stopped trying to tell them what they should be doing and gave them space and time to identify their own goals. They really did have the answers within themselves and just needed someone to ask the right questions, actively listen to the answers and then help them figure out what steps they needed to take to achieve them.”

Sian also began to work with leaders in her school to develop coaching programs for children and delivering training sessions for school leaders within the county.

Brian still felt that he needed something else to add to his toolbox that was more tailored to helping people suffering from anxiety, depression, stress and other mental health concerns. After extensive research he decided to train in Solution Focused Hypnotherapy (SFH) and Psychotherapy with CPHT.

“I had confidence in this Solution Focused approach to Hypnotherapy, particularly as it focuses on helping people to move towards their preferred future, rather than delving into their often-painful past.”

Seeing the positive impact this modern approach had on Brian’s business, Sian followed suit a couple of years later.

“With two little ones and a job that was increasingly taking up more and more of my physical and emotional energy, I started to dream of leaving the 9-5 grind and running my own therapy business. I lived a stones throw from the beach but barely had time to visit it. Not meaning to sound like an advert for ‘Nike’ you can guess what Brian’s response was.”

“It made complete sense for Sian to train with CPHT. She had witnessed how my business flourished and despite my other qualifications and experience I was now choosing to use SFH exclusively, and knowing how much I valued NLP and Coaching, this was highly significant.”

“I was really impressed with the quality of scientific research and Neuroscience that underpins the course. In all of my training over the years I’d never been presented with such a depth of evidence as to how and why a process works. It certainly gave me the higher level of credibility I felt I needed to take the next step and launch my business.

The teacher in me also loved the fact that part of the therapy process involves educating our clients on how their brain works to create the issues at hand and what we can do about it. We are giving them the knowledge they need to self-manage their mental health more effectively in the future once they have moved on from needing our support.”

Having had such positive experiences with CPHT as students, and then as practising therapists, the next stage of their journey was obvious to them both; to join the team and launch CPHT Brighton.

Alongside bringing his wealth of client experience to the course, Brian, as Senior Lecturer is responsible for the professional supervision of students.

“It’s so important that our CPHT students feel they are supported and have someone they can approach with questions, for advice and support both in and outside the classroom environment. And with Sian’s teaching experience, the course delivery is designed to be engaging, insightful and specific learning barriers such as dyslexia can also be supported too.”

Brian is also currently working towards achieving his Advanced Hypnotherapy Diploma (AHD), which is the highest qualification for hypnotherapy available in the UK.

Still Have Questions? We're Here To Help - Get In Touch Today!

This website uses cookies to improve your experience while you navigate through the website. Out of these, the cookies that are categorized as necessary are stored on your browser as they are essential for the working of basic functionalities of the website. We also use third-party cookies that help us analyze and understand how you use this website. These cookies will be stored in your browser only with your consent. You also have the option to opt-out of these cookies. But opting out of some of these cookies may affect your browsing experience.
Necessary Always Enabled
Necessary cookies are absolutely essential for the website to function properly. These cookies ensure basic functionalities and security features of the website, anonymously.
Functional
Functional cookies help to perform certain functionalities like sharing the content of the website on social media platforms, collect feedbacks, and other third-party features.
Performance
Performance cookies are used to understand and analyze the key performance indexes of the website which helps in delivering a better user experience for the visitors.
Analytics
Analytical cookies are used to understand how visitors interact with the website. These cookies help provide information on metrics the number of visitors, bounce rate, traffic source, etc.
Advertisement
Advertisement cookies are used to provide visitors with relevant ads and marketing campaigns. These cookies track visitors across websites and collect information to provide customized ads.
Others
Other uncategorized cookies are those that are being analyzed and have not been classified into a category as yet.
SAVE & ACCEPT